Breathing and talking at the same time
One fun fact I found in Dutch people is the ability of saying some short words while breathing in! That still makes me laugh when I hear it. The older people can do it better so I guess this ability requires experience. Of course I am not referring to long sentences but a "yeah" or "no" and sometimes repeating it twice. This is so usual then when I was sharing this with my girlfriend and friends they realize it and start laughing. I always say that the reason is because Dutch people hate to loose time and waisting energy, so they try to speak as little and as efficient as possible. 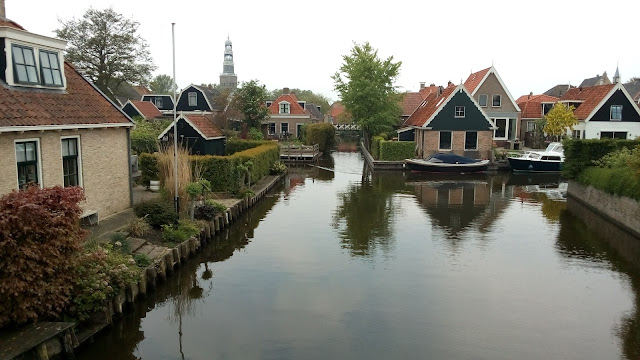 Dutch architecture
One of my favourites in the Netherlands is the houses. They do not build so many high apartments and the houses have an order and respect their traditions. Every time I feel I am in a fairy world, with cosy houses. In Groningen it is hard to find a house, so most of them are divided so that they can be rent to as much people as possible (it happens because it is also a student's city). Big window is the uau factor. I was so surprised to be able to watch people inside watching tv. Everything inside is exposed and this makes it so beautiful and the sense of security is very big, even when walking on the streets. 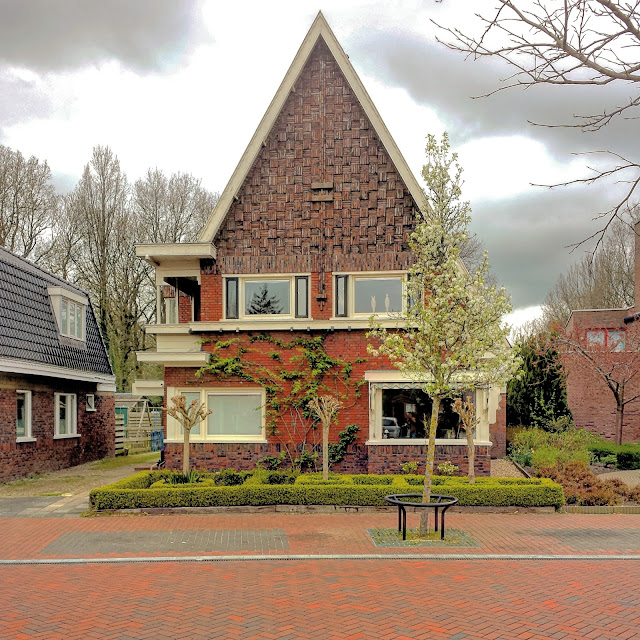 Dutch lunch
When I started my job in the Netherlands my biggest concern was the food. My eight hours of work per day included one extra hour in the middle of the day to have the so called lunch. The problem was that when I was checking my workplace I never saw any small cafe or restaurant around. So I had to go shop with my girlfriend on the day before my work start to buy a tupperware with a spoon, a fork and a knife. Then I had to figure out what could I take. The sandwich is the most common. The bread with ham and cheese and a cup-a-soup next to it. 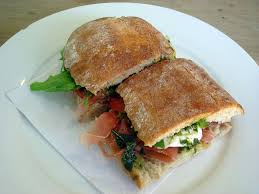 So many bikes
Such a flat country gives one of the biggest advantage. Transport is easy as bikes are everywhere and I am still to find one Dutch person that doesn't own one. Actually I read that there are 2,5 bikes per person. And yes you can see it. Everywhere! It is amazing to have bike lanes and to have the possibility of go to the market, or to the post office, or to visit friends or to drink a bit more. It may seem very hard in the beginning to ride one (with so many rules), but at the end it becomes the favourite thing you can do. Bikes are mostly destroyed as you can buy them for around 50 euros second hand. And they will be stolen, so there is no purpose in spending so much money. By night you cannot forget your lights! 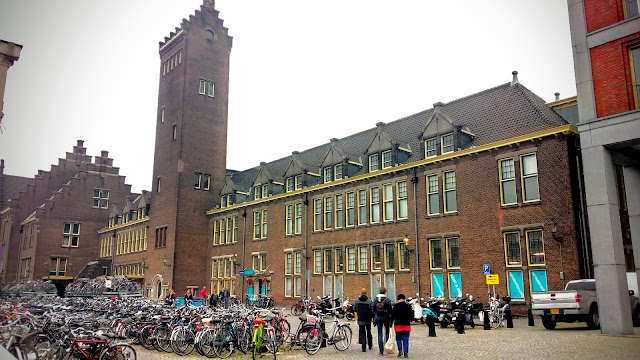 It's always cold
There is something called Summer here but it rains and it's not hot. Maybe the hottest season here is the end of the Spring. Being lucky is having sun and warm temperatures for around 4 weeks per year. It becomes quite frustrating as everybody is anxious for the cold temperatures to go up and then you go to a beach and it starts raining. So many times we just gave up and remained on the towels with some rain drops on the body. Winter is very cold. These are temperatures that can make your ears fall in the ground. At least it feels like that. But the bike is still there and you can see many people with a special suit for the rain. You arrive to work and just take it out and you are as good as new. 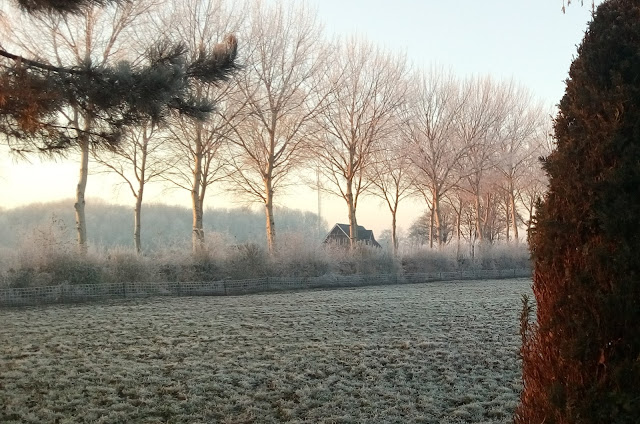 Habits and traditions
Contrary to my believes before living in the Netherlands, Dutch are very conservative people. They are very attached to their traditions and this means there are different rules in different situations. Birthdays are usually several chairs in a circle where everybody says "happy birthday" to everybody. Then conversations are here and there while having some snacks and the famous Tompoes, the cake that has youtube video instructions on how to eat it! Days like Sinterklaas, Koningsdag, 4th May Dodenherdenking, 5th May Bevrijdingsdag are celebrated by everyone on very specific ways. There is no discussion on what to do on those days. Habits are there and they should be respected.

Drop and Frikandel
It was quite strange to find all these small windows in various walls with some kroketten and bitterballen. Then I understand that you often need to stop and insert one coin to kill your hunger. Snacks in most are fried in the Netherlands and you can get them almost everywhere: in the pubs, streets, supermarkets... Just be careful when someone offers you a drop! Mine was a salty one and I guess it was the first time I had to spit something...

Lekker
The most frequently used word in the Netherlands. At least I hear it all the time. Meaning nice or cool or tasty, I still don't understand why in my own language we also don't make it so simple. One word fits all, and if a sandwich is lekker, also the travelling may have been lekker.

Kijken, kijken, niet kopen
Look, but don't buy. The first expression I leaned in the Netherlands. It seems that Dutch people are know for being very tight with the expenses. This is something I actually admire, and I have see many times exchanging gifts like a common shampoo, toothpaste or a cheap perfume. Is it related with being cheap or it is just practical? Anyway, I can identify with this part of it. 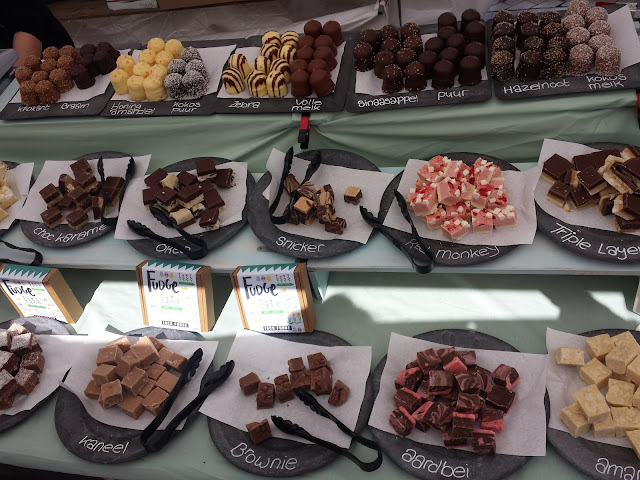 Dutch hardly talk during lunch
My job was a very isolated one. We were several people on the same room doing a few calls per day but communication was not the best. Each person was taking care of their own business, so I guessed the "decompression" was happening at lunch time. How I was wrong... There was a common area where 10 or 15 people sit together to...read magazines! The silence feels awkward but Dutch people are fine with it. Having a conversation with my colleague was always heard by everybody else. Also, I have never heard my toasted sandwich chewing noise so present!

3 Kisses
So... my question is how do I go back to my 2 kisses Portuguese version? Once you are in the Netherlands, saying hello to a lady is done with 3 kisses on the cheeks. This is mostly done with people you know well, but I have to say it is more interesting than just the formal handshake.

Don't refuse
It is very polite in Portugal to say "no" is someone offers us something. Then Portuguese usually insist and we get it in the end. Well, in the beginning I was offered many times a coffee or a piece of cake. I said "No, thank you" just to be nice, but the question didn't pop up anymore. At the end I was hungry and thirsty and looking at everybody eating and drinking...

Agenda
Nothing escapes the agenda of my girlfriend. Sometimes my girlfriend tells me she will has a dinner on the next days with the girls and I get a little surprised. At the end of the day it was my fault. That dinner was already booked 6 months in advance, and I was the one not paying attention. There is no last minute coffee meeting like in Portugal. That will mess with the Dutch planning and may bring serious consequences! 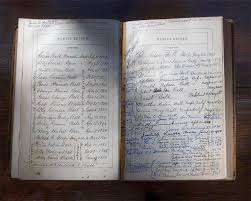