You can't stop but imagining the wonders of Africa with the arabic influences and inspirations. Since the movie "The man who knew too much" I couldn't stop wonder how it would be to sit and drink tea and listening to the tradicional music. Marocco is very close to Portugal and back then I was still living there. Silla was in The Netherlands and we wanted to meet each other in a paradise like place. None of us ever flew to Africa and we were wondering if we could have a romantic meeting in an unknown place for both of use. 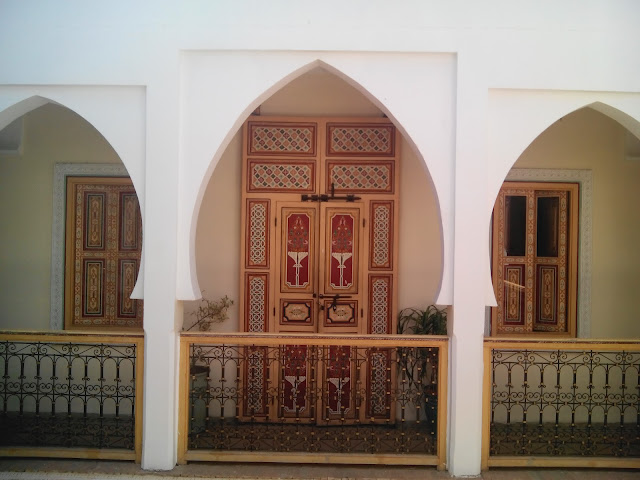 We tried to set some plans before going but we have realised that we didn't have that much time to do so many things. So we have decided to only go to Marrakesh.  It was a very good idea as looking back, little or no time is left to do so much in 4 days. The city is big, busy and so distinct that it is important to leave space and time for your imagination and to enjoy the small things it can offer. 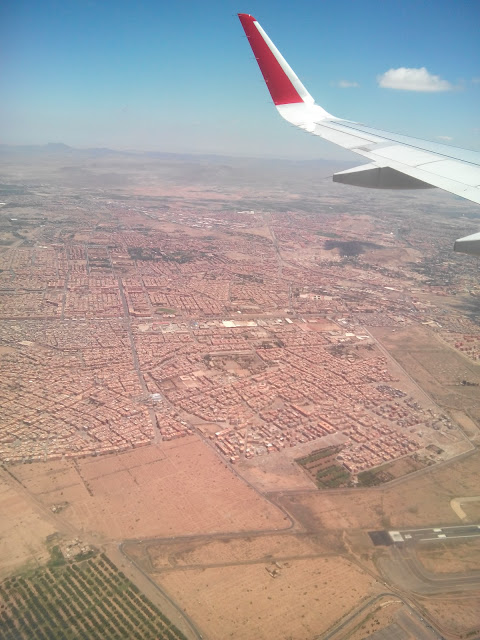 Flying from Portugal in a budget turned ou to be harder than I expected. From Porto I could only find cheaper flights if I would do one stop in Madrid. Which I did. Silla was leaving The Netherlands earlier than me and she would be waiting for me in the airport. I couldn't relax during the days prior to the trip. I didn't know that much and I have had so much bad feedback on blonde girls experiences that I was a litle bit scared. She had also to drive from Groningen to Amsterdam to catch the plane, and that would take at least 2 and half hours. So I was "joining her" while still in bed. I didn't want her to fall asleep and specially to rush to much. 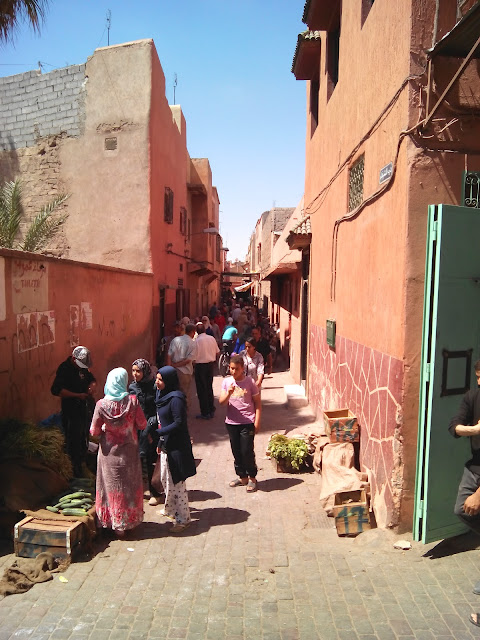 My flight from Madrid to Marrakesh was quite impressive. I still remember so good passing the Mediterranean Ocean and immediately noticing the diferences in the african landscape. The weather was amazing and everything was very clear. It is a big desert with som roads and villages here and there. When you see the big spots of green colour you can't help but smile, bringing back the memories of the Aladdin kind of tales and my heart was pumping so much also because we would meet together after long months without seeing each other. Landing was a big adventure I wasn't expecting. We got in a desert storm and the plane took a while to land. Already in the tracks and leaving the plane, I have noticed the militaries with a very intimidating eye contact. Inside I had to fill some papers and asked a pen to one kind person, because they were quite scarce. In the big glass walls I could already see Silla, and I couldn't wait to meet her! 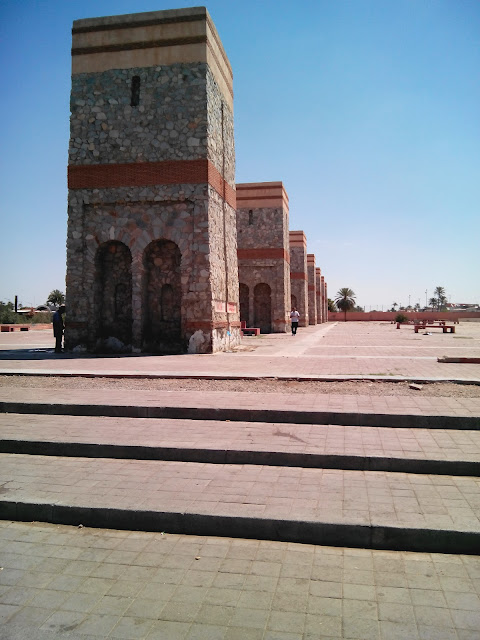 After one huge long hug we went outside where a shuttle from our Riad was coming to get us. We were staying at Riad Sofia, in a very central location. The trip was intense as your first impact is the impressive trafic, with cars, bikes, scooters driving everywhere. Arriving there we noticed the nice temperature, but also the noises around. The mess becomes more and more familiar and you start enjoying it. We went thru a covered market, full of shops and people everywhere, and we walked thru tight alleys with so many beautiful painting on the walls, and arabic style doors and kids playing with a ball and so many other things. 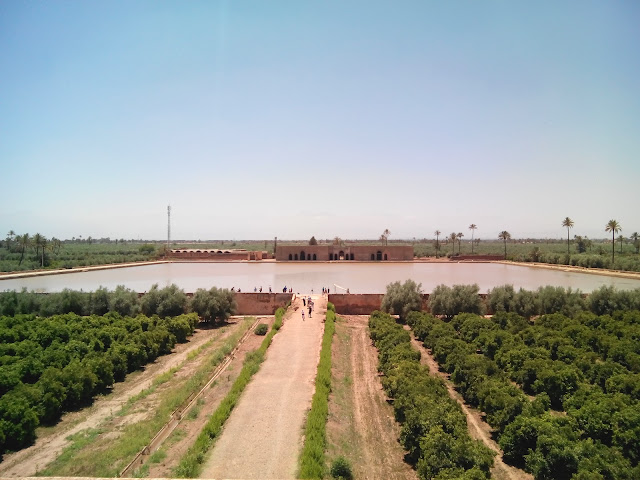 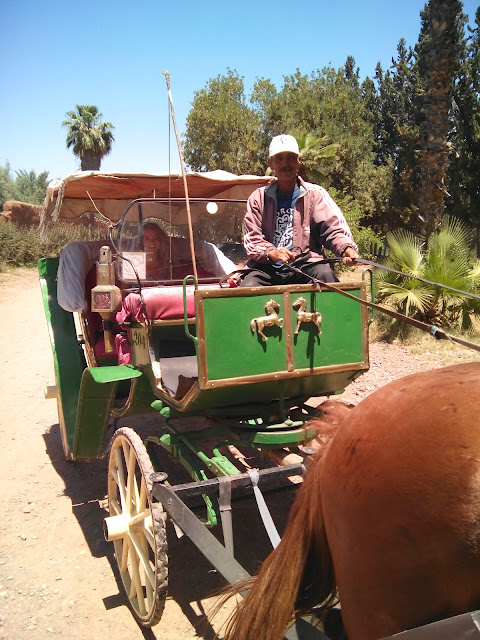 Arriving to the Riad was impressive. You come out from a loud world into a island of silence and calm. The people that greeted us were impressive. They invited us to sit and started explaining us what we could do.  There is a small pool with water where we could see some guests refreshing themselves. There was no music, just the sound of the water echoing. We were offered tea and we payed the staying in the Riad. The hall is an open air with the rooms around it. There were about 3 floors. On the top we would have the breakfast and we could relax and catch some sun or just sit inside of a tent. Our room was on the 1st floor and it was impressive. Everything you can imagine from a magical arabic place. Everything was very tradicional and there was no tv or modern devices. The windows were closed but still leave space for a lot of light to come in. We had a huge bathtub and decided to have a nice bath to refresh ourselves. Enjoying the small things. 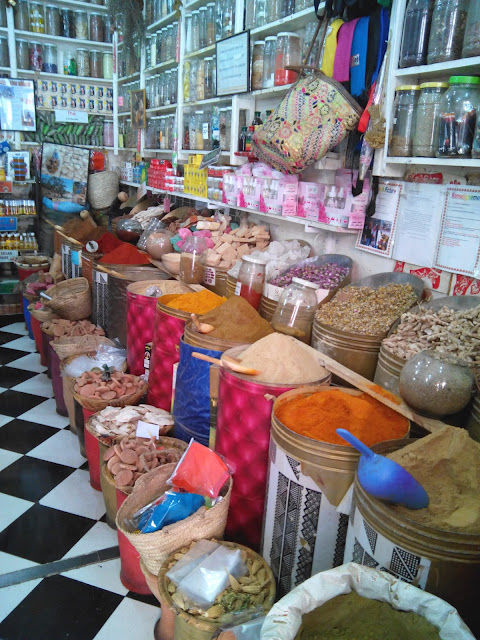 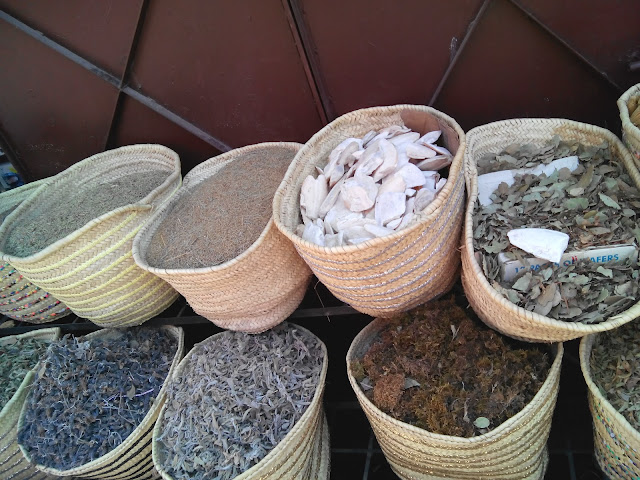 We have tried to plan a little bit our walk on the city but google maps is only helpful if you have a 3g connection there. We didn't, so we only had the names. We went for a walk outside as we were quite hungry and decided to go on one of the largest alleys. We took the route Sidi Abdelaziz The amount of colours, smells, different people is quite impressive. There is a big attempt to protect the streets from the intense sun and they put some kind of sticks on top. The atmosphere becomes impressive. We wanted to have an orange juice, as there are many people selling it on the streets. They are so cheap and you can sit on one small bench made of wood and enjoy what is happening around. There are nice and less nice people. Everything is a business there and we were many times asked if we needed help. In the beginning you answer, but then you just need to give up, as it is a constant. 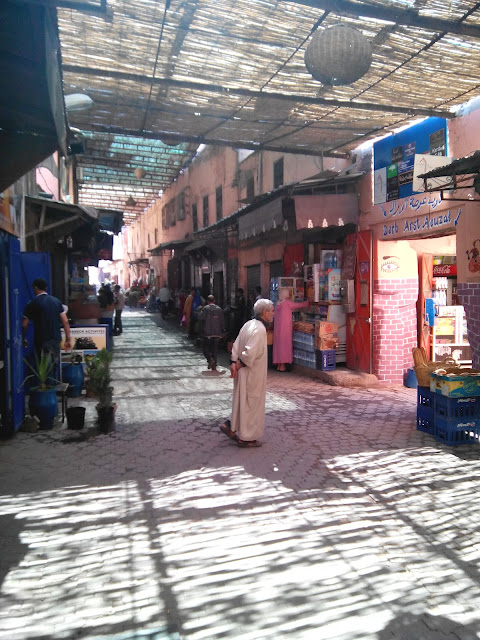 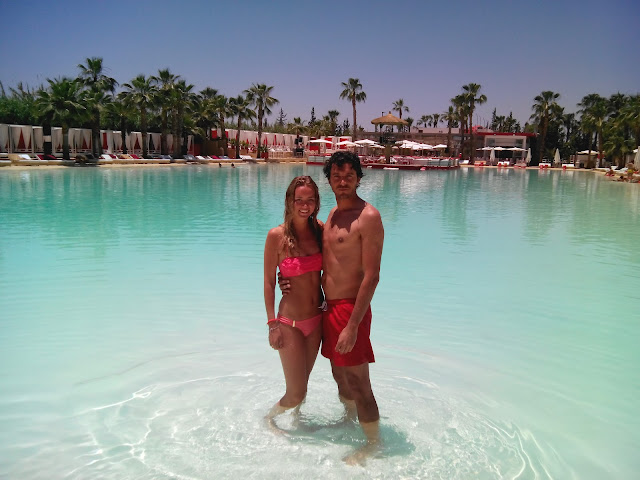 Our direction was to Madrassa Ben Yous. This used to be an Islamic College, and the biggest Madrassa in Marocco. It used to hold 130 students that spend their day and night there. It was closed in the 1960 and opened to the public as an historic place in 1982. 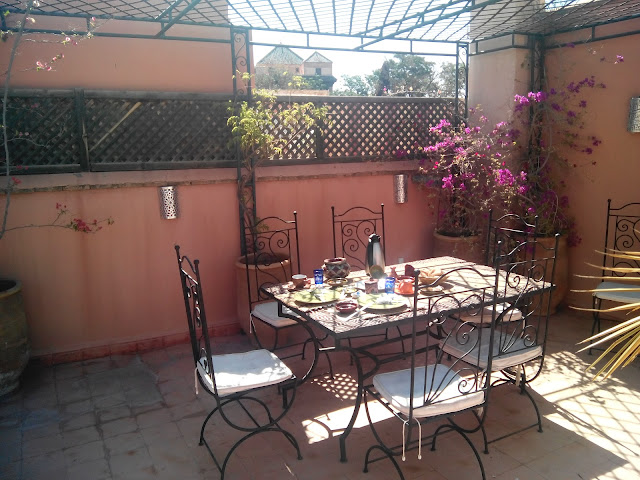 We walked to Koutoubia Mosque, the largest mosque of Marrakesh. It is one of those huge places of Marrakesh. In a city that we could consider a true maze, these are the places that you take in consideration because it is very central and easier to find. The palm trees around in the yellow background is just breath taking. It is a building made of red stone and it is just beautiful. 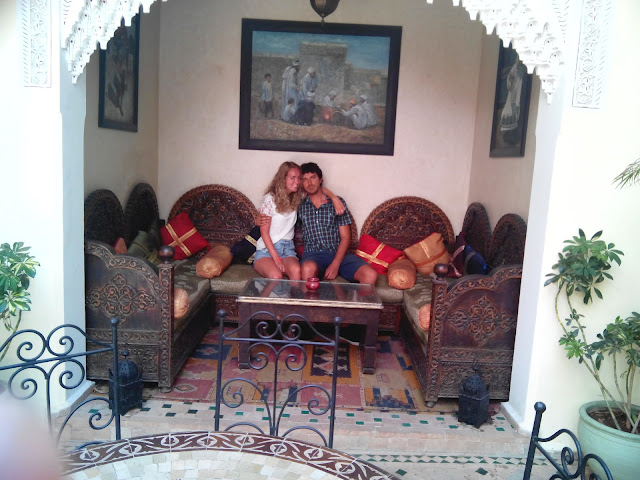 The nights in the Riad Sofia were our rest. Arriving to the place we always enjoy a bit of terrace in the night. There is a silence that is worth gold and we could just enjoy the place where we were and talk about our days. Waking up was done very early as we wanted to enjoy our breakfast. There is a small domestic kitchen where they prepare our meal and we had the most amazing food.

It is good to just walk in Marrakesh. You will get lost! Just put that in your mind because it is almost impossible not to. There will be a lot of people trying to help you, but don't forget that they ask money for everything. There was one old man that insist on taking us. I said that we do not have money but he continue in front of us and showing us a way. At the end he took us next to some kids and your heart pumps. It's a terrible feeling but I had some gums on my pocket and they were happy with it. Nothing that makes me proud, but you can't fix everything. 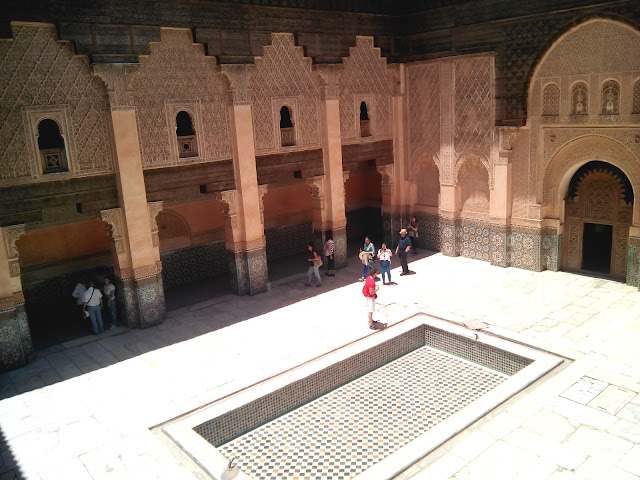 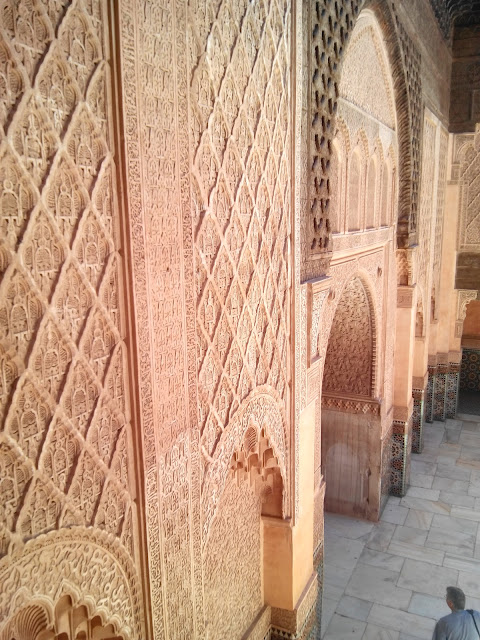 One of the best experiences we had was going to Jardin Majorelle. The colours are so intense and it is so peaceful there. You will find a lot of blue, cutting thru the dusty paths with plants everywhere. This garden was designed by Jacques Majorelle, and the beautiful part of the story is that he was living in Casablanca but, when travelling to Marrakesh, he fell in love with the city and decided to settle there. Curious is that the property was also owned by Yves Saint-Laurent. Well, I can really understand that if you had the money, you would choose such an Oasis. 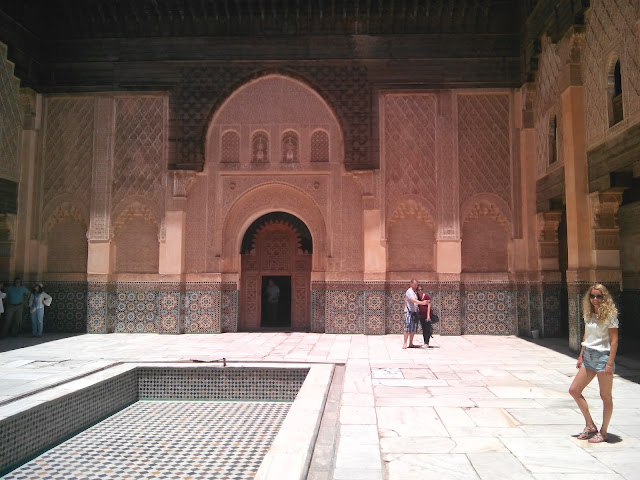 Next to the garden we decided to go on a horse chariot. We were very lucky with our funny driver. We had 2 options and decided to go thru the longest one. And we did well. You can move away from the city, and you can hear the driver complain with all the traffic around! He took us to many places, but we can't forget one kind of old fortress full of orange trees around and with a big kind of lake with fish that were eating bread! Was this nice? Beautiful! Very strange, but very unique. We went up on the ruins and it was dry and old, like you imagine when you see Africa movies. We also meet one amazing shop of spices, soaps and many other tradicional products from Marocco. 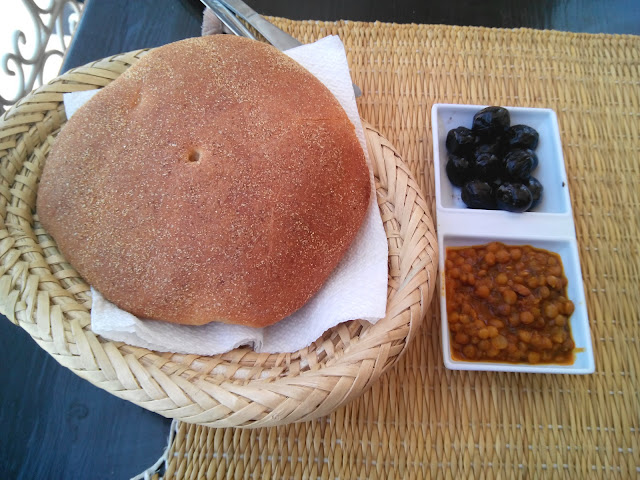 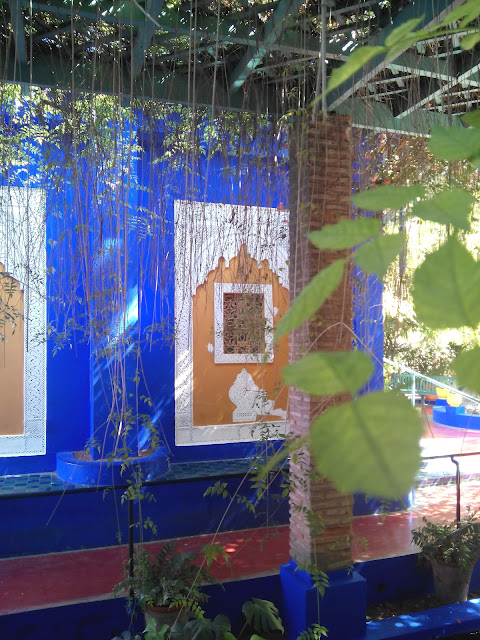 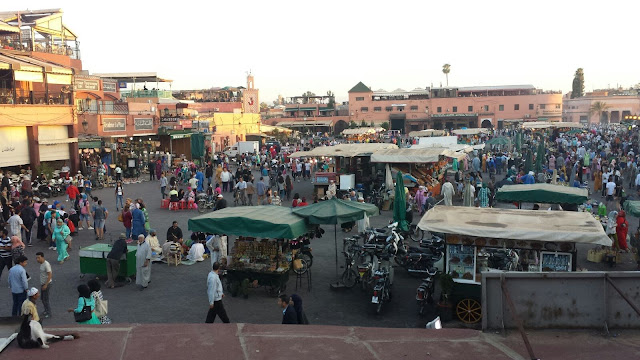 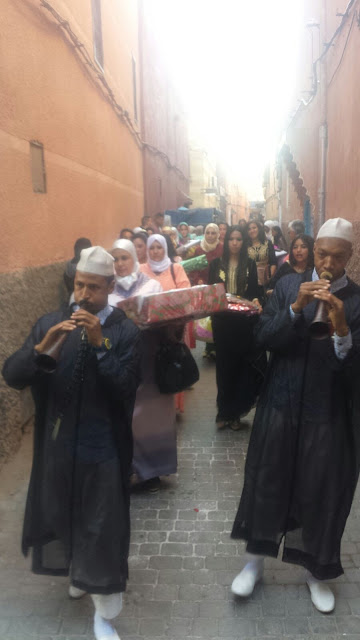 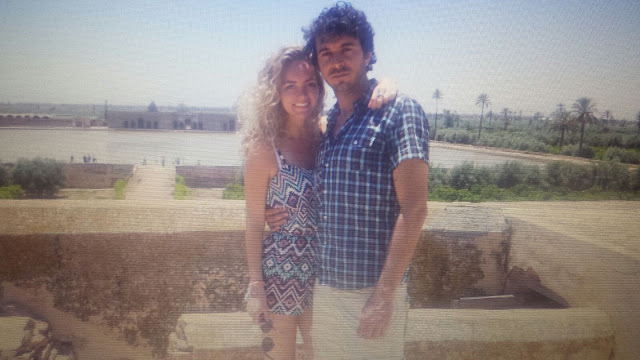 One of the highlights of the trip was our visit to Nikki Beach. This was our rest from the city. You are hot, you are dirty, you are confused and suddenly you just chill.... A huge club, a huge swimming pool and the feeling you are rich! You have an impressive oasis with some house music on the background and with a nice service. Food and drinks are not cheap, but it is worth it. Just relax and embrace all the experiences you had in Marrakesh! 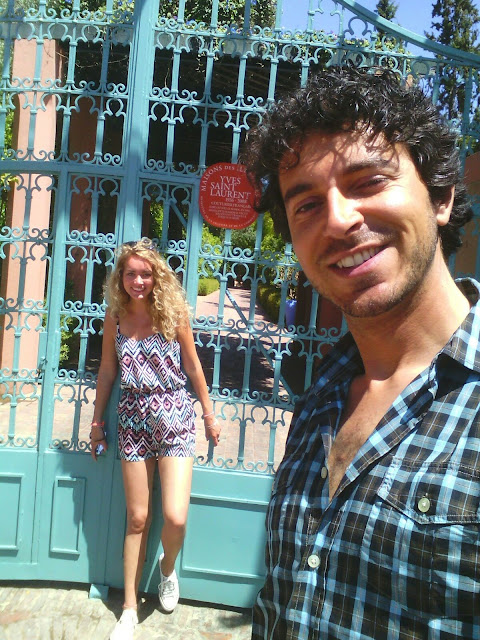 on October 19, 2017
Email ThisBlogThis!Share to TwitterShare to FacebookShare to Pinterest
Labels: Marrakesh