Schiermonnikoog, one drop in the ocean

There are a few drops in the ocean where a frontier between Netherlands and Germany cease to exist. Waters are calm and waves don't have a sound here in the North. Dutch seem to enjoy picking a ferry to leave into the islands. We choose Schiermonnikoog. It has been almost one year and it is still a very present memory. There is something about waking up early in the Netherlands. By the weekends, out of the big cities, people seem to enjoy more the bed and during morning, except in the markets, it is hard to find people outside. So, it is always very special the feeling of getting up early and, even better, having the sunshine in your skin. 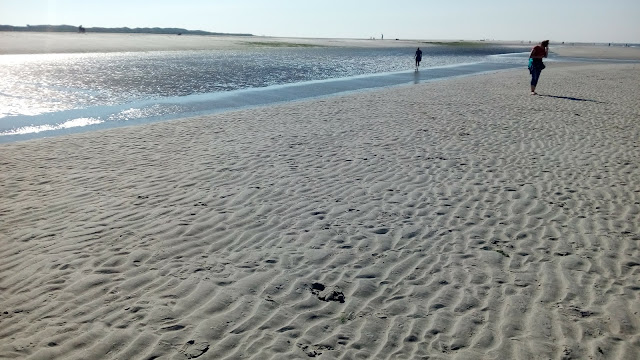 Wagenborg holds the way to the ferry and the way there by car is very beautiful. You are driving surrounded by water and the extend of the horizon seems more unbelievable. Parking is never easy, so you need to leave your car in paying parks during your stay in the island. The ferry is very nice. It is quite big and early in the morning, it is cold outside, so everybody just stays in. The smell of breakfast is intense and it is very hard to try and resist to eat or drink something. Prices are terrible and even though the coffee seem to taste like it smells, I resist the temptation.  What makes it easier is that Silla's is not the biggest fan of sweet food. So... she holds me. 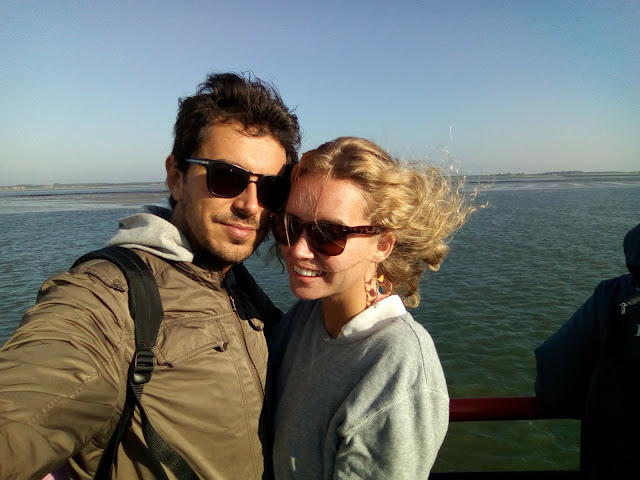 To explore Schiermonnikoog you need a bike. Well, everywhere in the Netherlands you need a bike, but here you do not have an option. It is not a big island, but the best thing you can do is exploring everything. There are hundreds of people waiting to get their bike. They rent it exactly outside the ferry and it is an impressive feeling. I was still not a professional of the famous dutch "fiets" (bikes), but I told my girlfriend I wanted one with two seats - a tandem bike! She was quite hesitant in the beginning but we did it. It was the best option we have made. Makes things even more interesting. Going in the centre is a beautiful introduction. You ride close to the water dikes and you arrive to a very special small centre were there are hundreds of people eating and drinking coffee and tea on the terraces. We took a bite on our "Droge Wurst"and there we go. 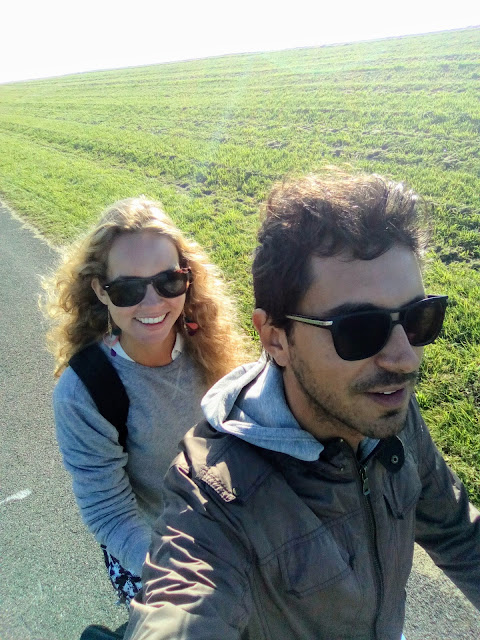 Exploring the island by bike was our plan during the morning. We would after have a small snack as lunch and then beach in the afternoon. The sun was intense and the landscape was beautiful. Even though there are many people in the island you have many paths where you can't find anybody. Vegetation is a mixture of green and dry. This is the smallest Dutch municipality in terms of population. Less than 1000 people that live mostly of tourism. One funny fact is that Schiermonnikoog was part of the Friesland province and it was sold to privates. This island was privately owned from 1638 to 1945. During the II World War it was occupied by the Germans that built a radar post, Schleidorp that is still there. 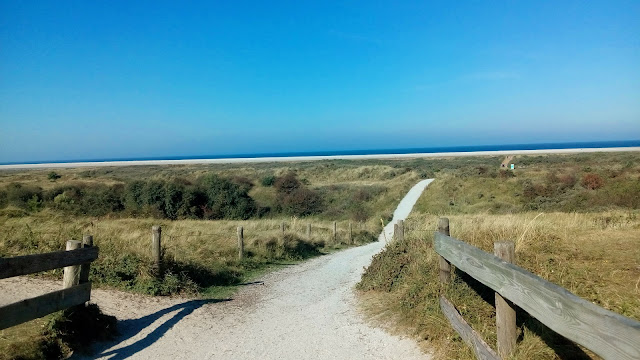 After our ride we had a small lunch and afterwards we enjoyed the beach. The most amazing thing happened as we close our eyes for an instant and after a few minutes we realised we were surrounded by water. The sand is so extensive and it looks like it doesn't have an end. I had to walk on the water with Silla on my back and the moment was memorable. We were quite close to the beach pavillion on the north side of the island. After surrendering to the wind we went back to our bikes to discover the rest of the island. It is quite easy to ride and finding some hidden cafes in the middle of the forest is possible. Seeing remaining buildings from the war is always impressive to me and I always like to take a moment and try to imagine what happened in what today we take for granted as a touristic and sunny place. 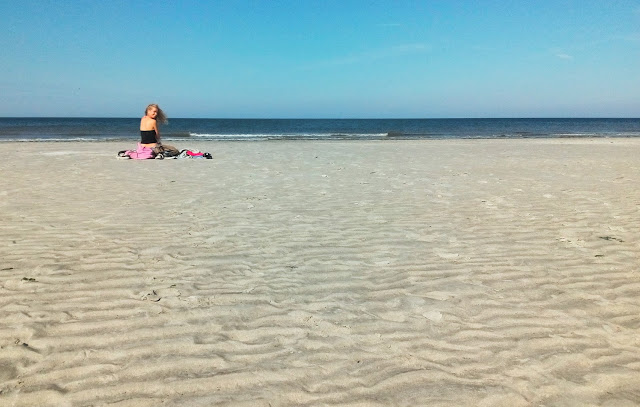 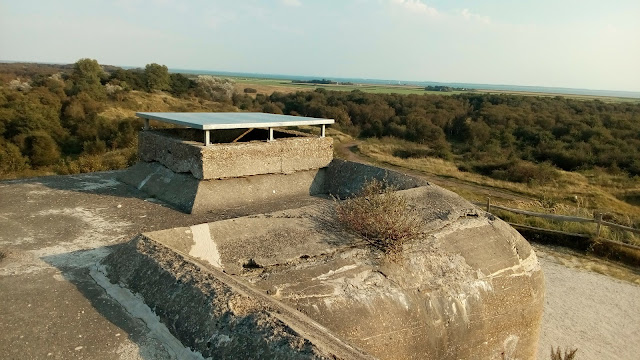 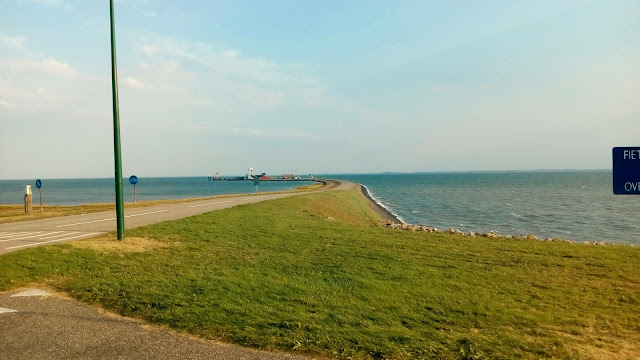 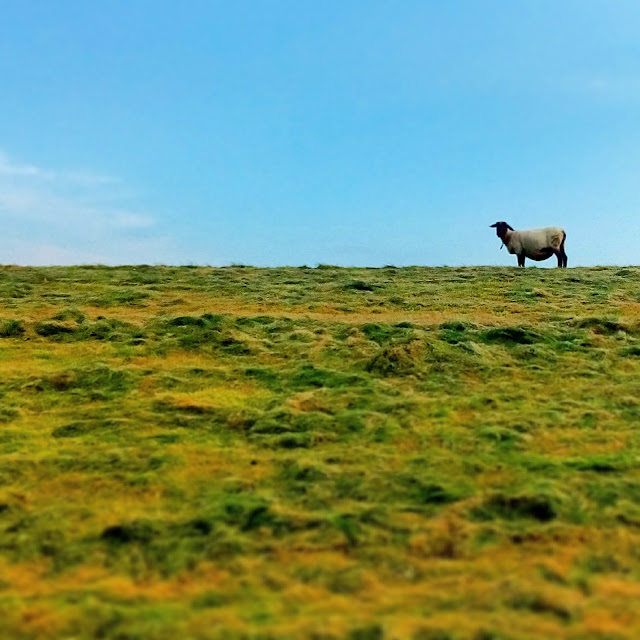 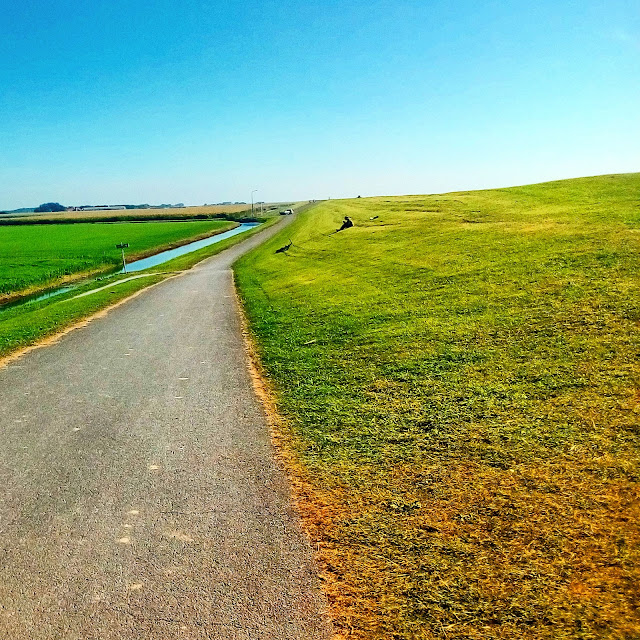 Day was long and we waited for the final ferry. On the way back it started raining. How can we complain. Perfect!

on September 28, 2017
Email ThisBlogThis!Share to TwitterShare to FacebookShare to Pinterest
Labels: Netherlands