Eurovision Duncan Laurence and Salvador Sobral - What do they have in common?

on May 19, 2019
It has been 3 years me and Silla got to know each other. There have been amazing and lovely moments, but also some fights that are very important to us. And the fight is about our two countries: Portugal and The Netherlands.

Every single cultural difference is a fact check to try and understand what country is the best (I know that this is not logical, but we have fun with this). We, as a couple, are very distinct. Silla goes for some kind of music that makes me feel like having the best noise cancelling headphones ever (I did it, I bought them). In the car I hear all those Top 200 (which feels like Top 20 million to me) of 90s music. And there I go having to listen "I'm a Barbie Girl..." or "I don't mind, I feel fine, I won't let you go...". Apart from this I have also to listen to all the Dutch greatest hits (she can name them), but my favourites are "schatje mag ik je foto...", and for sure the Kraantje Pappie "Pompen" or Mick Harren "Sweet Caroline" party Dutch version.

If we party together I can promise you that after a few beers my mouth moves in a way that it seems I know all the Dutch lyrics. The most amazing thing is that Dutch music seems to be universal. Omas and Opas, and kids, and teens are all dancing and singing a long. Funny fact is that all Dutch songs are explained to me every single time. Let me describe the situation: we are in a farmer's party or in a bar, or a club and a Dutch song starts. There is always someone that comes to me and says: "You know Miguel, this song is about a father that left the mother and..." bla bla bla. I love it. I am not sure if they are trying their best to make me dance, or that I am actually dancing so bad, that they want to stop me moving and just listening to what they say.

What I describe above is not bad uh! What is really strange is the Dutch Techno everybody seems to enjoy. A very fast 150 beats per minute songs, or whatever they call this beats, which I see some guys suddenly moving to the center of the dancefloor and moving their legs in weird movements. In the beginning I got scared, thinking the earthquakes of Groningen are in fact happening, but no! They have a name for those movements - "hakken".

Nevertheless, nobody told me that living in The Netherlands was going to be completely logical. So I accept it.

Besides this hakken thing, you also have the event of the events: Eurovision. Two years ago I remember hearing a lot of feedback on Salvador Sobral. It was not very positive (with some exceptions, of course). It was too slow, too sentimental, too weird, the singer has strange and alien moves and ....We won! Portugal won 2 years ago and everybody suddenly starts admiring Salvador Sobral. It is not a problem. It takes some time to digest some music and Eurovision was changing. Well, it did for one year. Last year it was back to show style.


But now.... The Netherlands understood that Portugal opened a Pandora box! It was possible to win Eurovision with a sentimental song. This year, they brought Duncan Laurence, and the expectations were high. The statistics were always very positive towards The Netherlands. Dutch people were very sensitive about this and bets were taken. They knew they were going to win! Duncan came with a special slow beat and a story: loosing somebody but still having hope in the future. He was not very popular in Holland. He participated in "The Voice" and one of the juris (previously in the Eurovision) choose him and brought him to the European contest. The Netherlands won and I am happy for my girlfriend, but also for the country.


Time to have Eurovision in Groningen! Amsterdam is too busy already, and actually my city deserves. 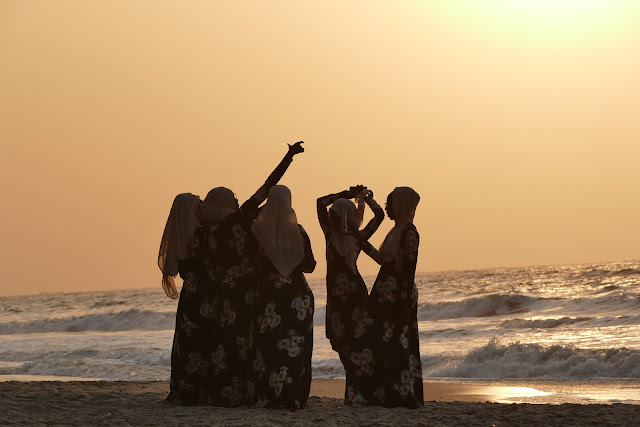 Sometimes the destination offers more than you are expecting.Looking for a warm, sunny location in the middle of February is a challenge, when you expect not so spend too much money and when you only want to spend a week.

In the cold, rainy Europe you can look up in Central America, but the costs are too high. Cabo Verde was actually my first thought. That didn't happen, as my girlfriend quickly explored (as a real Dutch does) the weather conditions. Even though from Europe a temperature of 23 degrees Celsius may seem inviting, that didn't feel enough. The name Gambia came up, as there are many Dutch travelling agencies that can support a trip there.

This is how Gambia looks:


A very small country in about 7 hours flying from Schiphol Airport. The trip was not the most comfortable as the plane is not the biggest one. Landing in Africa has proved to always be a challenge, as I always get some crossed winds. Still, nothing could take my eyes from the beautiful landscape, painted …

We were quite surprised with the size of Hamburg. I did not realize how big this city is, until arriving there and feeling tiny on those large streets. After dedicating some time to reading about it, we found out that Hamburg is actually the second largest city of Germany with a population of around 1.8 million.
The cultures are incredibly diverse everywhere. A true melting pot of not only different nationalities but also of cultures.This reflects in the shops, in the arts, in the restaurants, in the atmosphere in the street.

Our goal was to have a nice weekend as a couple's celebration of Easter. It was a get away programme that would suffer a bit having shops closed for 2 of the 3 days we would pass there. That would actually end up fine, as there are long walks to have in Hamburg with beautiful views a and so much to do.

We stayed at Novum Style Hotel in a very diverse area, with many Turkish, Arab, Syrian restaurants. The movement of people in the streets is a constant, and th…