I have never seen such a big party! This was my first visit to the Gay Parade, and living in the Netherlands I couldn't miss it. Second time for my girlfriend. The arrival was already shocking as we see a man completely naked walking on the street, with just some glitter on the private parts. We walked together with 2 gigantic trans on the street. They were quite nice as they were approached several times by people to take pictures, and they were always doing it showing no signs of hesitance. The party itself is huge. The parade are hundreds of boats in the Amsterdam canals and partys all over the city. Go early. Check the parade and then go thru the gay streets in this capital. You won't be able to move, but believe me... you won't need it. You have a continuous show of amazing people dressed all ways you can imagine with the freedom as the main word. Can't miss it! 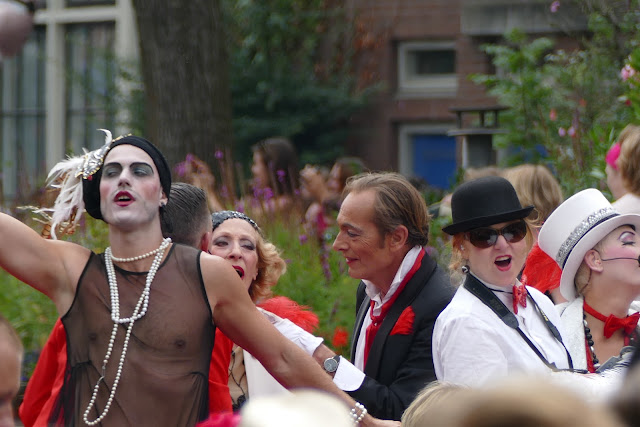 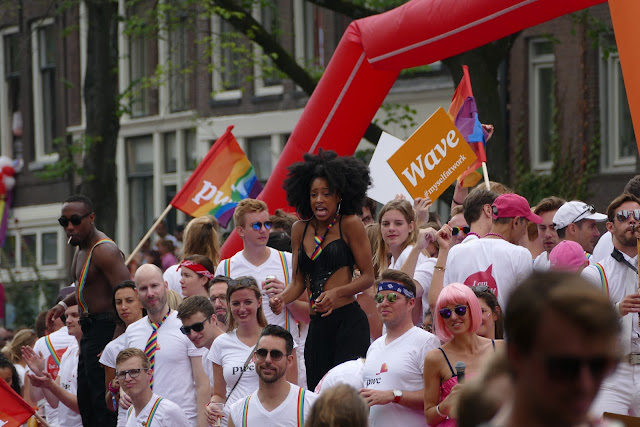 Amsterdam Pride happens thru all the capital of the Netherlands. It is a annual event, especially at the centre of the city during the first week of August. This event was first organised in 1996 as a festival. The purpose was to celebrate freedom and diversity. This distinct from other Gay Pride parades because it was not meant to be a demonstration for equal rights. 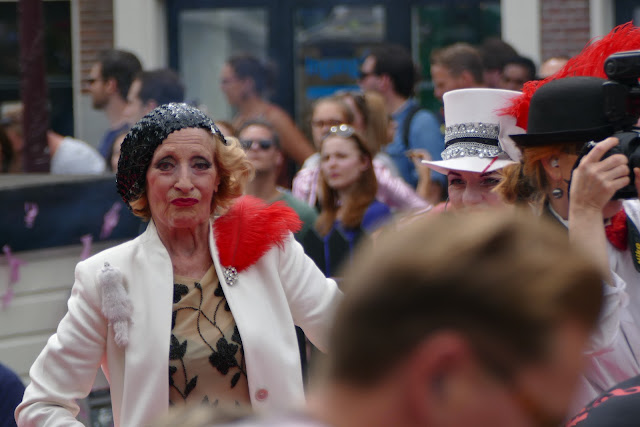 I was told by friend’s gay couple that when it started it was very small. Fast it grew to be maybe one of the biggest events in the Netherlands. Well, what I saw was several hundred-thousand of people and I have never seen such a large public event anywhere. People were spread everywhere in the city, and each corner had a mini party on the street. 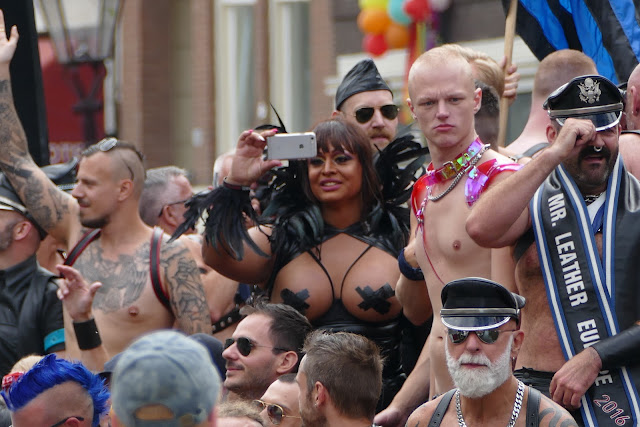 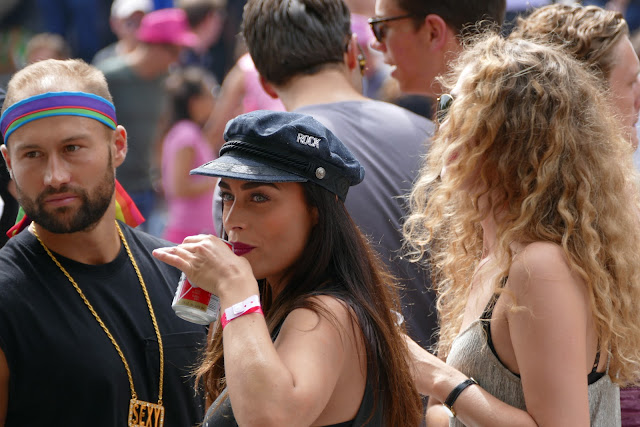 I was told about a different event that I believe is more towards equal rights which is the Pink Saturday, or the Roze Zaterdag as they say in Dutch. 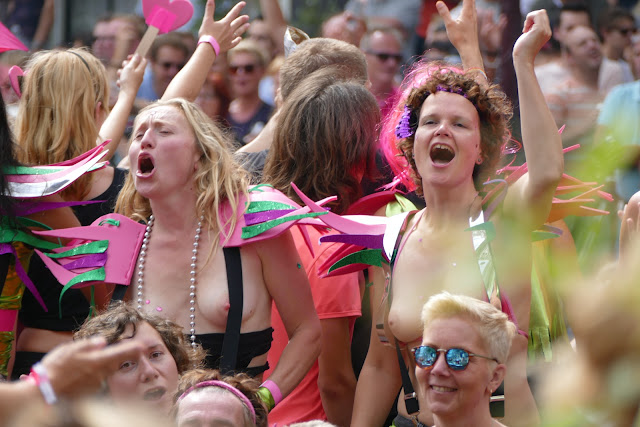 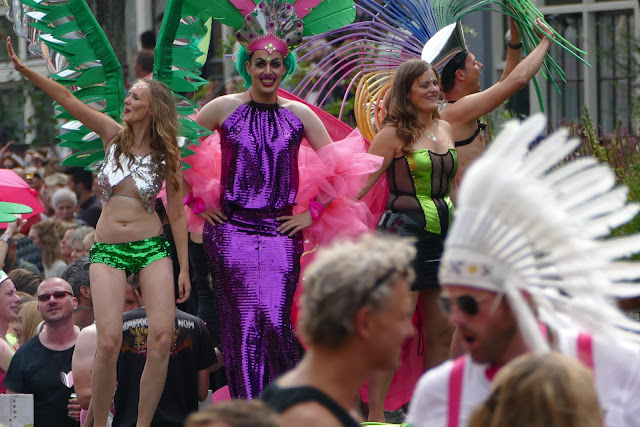 The peak of this festival is the Canal Parade. Several boats with a huge diversity of people, colours, meanings, concepts, where you can see popular Dutch artists and celebrities.  Boats go from Westerdok over the Prinsengracht, Amstelriver, Zwanenburgwal and Oudeschans to Oosterdok. 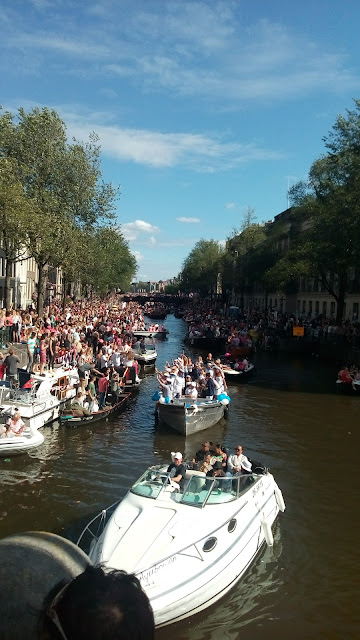 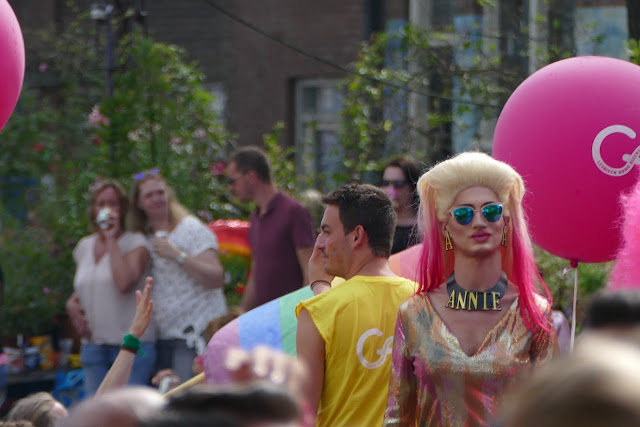 There are also many famous sex workers from Netherlands that celebrate in those boats and everything is just a feast of emotions. There is so much to look at, so much information that you can only process them when you look at the pictures after arriving home.

The Amsterdam Gay Pride usually holds a week of various activities for lesbian, gay, bisexual and transgender people, including cultural, exhibitions and other events. There are also street parties in the streets where there's a concentration of gay bars like Reguliersdwarsstraat, Zeedijk, Warmoesstraat and alongside Amstel.

on September 07, 2017
Email ThisBlogThis!Share to TwitterShare to FacebookShare to Pinterest
Labels: Amsterdam, Events in Holland, Netherlands